Guide to funding in the Netherlands

The general rule is that a Director/Major-shareholder (DGA) in a BV should receive a salary. This salary is set at €48.000 in 2022. The minimum DGA salary has been put into place to prevent BV’s from avoiding paying income tax, by paying out dividends that are much lower taxed and paying out very little to no salary.

However, this seen as a legal fiction: in many cases DGA’s do not have to pay out that amount of salary. Many clients want to reinvest every euro they make back into the company, not pay it out as salary. In practice we see that the tax authorities are not that strict when it comes to this rule. If there is nothing to pay out, it cannot be paid out either. On the other hand, if the means are available you are supposed to pay out a certain minimum wage.

When will I considered a Director/Major-shareholder (DGA)?

This means that if you have less than 5% of the shares in a BV, you will not be forced to pay out a salary.

So how do I avoid paying such a salary when I am starting up a BV in the Netherlands?

The general rule is that you should pay out a salary if you can. So rather than avoiding paying out a salary completely (which is often not possible), you should focus on decreasing the amount of salary.

There are a few options:

How do I apply for a lower BV salary?

After incorporation you do one of the following two things:

Our tax partner can help you with this.

What you should NOT do:

How does this work for a BV holding structure? 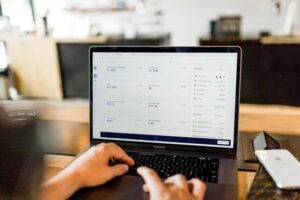 Accounting and Tax Returns in the Netherlands