Many entrepreneurs own a BV in the Netherlands, but later on decide to transfer ownership of the BV to a foreign company. For example when headquarters is moved to another country but the Dutch operation needs to continue.

Another example is when the company is sold to a foreign entity. Also thinkable is that the main shareholder moves from the Netherlands to a new country. This can be the case when the shareholder moves personally to another country and it makes more sense to hold the shares in a new holding company in that new country of residence.

When you own the shares in a Dutch BV and you want to transfer ownership to a foreign entity, here is an example that might be helpful.

Transfer ownership of BV to a foreign entity

In our example the shares of a BV in the Netherlands are held 100 percent by a natural person, a Dutch resident with an EU/EEA-passport. He is also the managing director in this BV and has a fulltime employment contract with his own BV.

This person decides to move to Norway long term. For that reason it makes sense to receive a salary in Norway and use the social services there. In order to achieve that he needs to establish an AS (the Norwegian equivalent of a BV) in Norway and sell the shares of the Dutch BV to that entity.

Before we get into that we will need to determine both the tax consequences of emigration and opportunities to circumvent possible (future) Dutch tax levies. Below we will split the findings per tax type: personal income tax, corporate tax and dividend tax.

Once you have set up your company abroad and started employment for your own company there, you will stop paying personal income tax to the Netherlands. Instead, you will pay income tax and social security contributions in your new country.

The main fiscal rule for emigration is that the Tax Authorities can impose a so-called protective assessment (Dutch: conserverende aanslag). Meaning that the Dutch tax authorities can have a claim on some of your personal income. This applies also to those with a substantial interest (over 5%) shareholding in a company in the Netherlands. In practice it often does not mean that you will pay extra, but you need to pay attention to this rule at emigration from the Netherlands. If you are not personally migrating from the Netherlands but moving ownership of your Dutch company abroad, the protective assessment does not apply.

The Dutch BV is incorporated under Dutch law and is therefore subject to Dutch corporate income tax, regardless of where the actual management is located. So even if the main shareholder moves abroad and/or the BV will be owned by a foreign entity, the basic principle is that Dutch corporate tax is owed to the Dutch tax authorities.

Norway is formally not a member of the EU and the EU Parent-Subsidiary Directive with regard to participation profits does not apply, but the relevant arrangement has been extended to Norway (and Iceland) by convention.

Paying corporate tax in the Netherlands is usually more beneficial than paying it in other countries.

Compare that to corporate tax in other countries:

The goal is to transfer profits in the Netherlands to the new parent company. These kinds of profit distributions from the Dutch company to the shareholder (the foreign company) are called dividends. Dividends can be subject to taxation. Many countries have set up tax treaties to avoid major shareholders from having to pay these kinds of profit distributions which have already been taxed with corporate tax. The general rule within the EU is that a dividend paid from a BV to a shareholder that owns 10 percent or more is exempt from dividend tax.

Setting up the structure

Once you have established the tax implications of your emigration, you can start setting up the structure.

The standard structure most clients in the Netherlands work with is a so-called holding structure, consisting of a Holding BV and an Operating BV. The Operating BV is where the actual company activity takes place whereas the holding BV serves as the private investment/savings vehicle for the owner.

Taxation in the new structure

In the example where ownership of the Dutch structure is moved abroad, the new structure would look something like the below:

As explained, the goal is to "move profits up" the structure.

Alternatively you can send all profit generated in the Operating BV to the Holding BV in the form of dividends (profit distribution). Note: This is usually not possible if you have another shareholder in the Operating BV. In that case both shareholders in the Operating BV will send management invoices from their respective holding BV's. The Dutch tax authorities expect you to pay out a minimum salary of +/- €47.000. Amounts exceeding that number can distributed as dividend.

At this point you have accumulated earnings in the Holding BV through management fees and/or dividend distributions. You can for example choose to reinvest it into the Operating BV, if that company needs extra cash. However, you will most likely want to send most of the profits in the Holding BV to the foreign mother entity. In our case this is a Norwegian AS owning all shares in the Dutch Holding BV.

Because of tax treaties and EU directive, you are able to send profits from the Dutch Holding BV tax free to the Norwegian AS in the form of dividend. One of the main advantages of this setup is that all profits are taxed with Dutch corporate tax. If you send management invoices from the Norwegian AS to one of the Dutch BV's, you will pay the substantially higher Norwegian corporate tax.

Every situation is unique, but many cases have similar features. If you have any questions about the above, please do not hesitate to contact us using the contact form below. 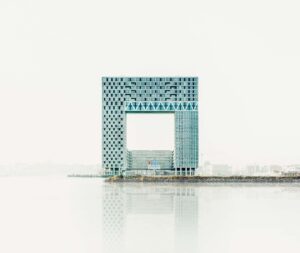 The BV is a limited liability company and preferred legal form for foreign entrepreneurs in the Netherlands. That is because the BV is flexible, easy and affordable to set up. On top of that, the overall tax pressure on a BV in the Netherlands is one of the lowest in Europe. Finally, your BV will shield you from personal liability of your company’s actions, debt and bankruptcy. 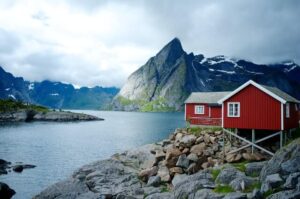 Guide to Starting a Company in Norway If you are planning on setting up a company in Norway, there are a few things you need to arrange. Especially since the […] 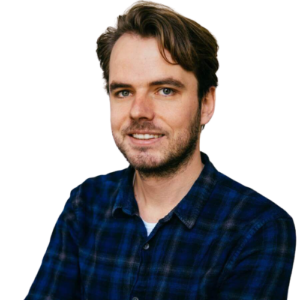 Legalee Premium gives you access to all legal paperwork for your Dutch company.